Don Dow lives where unique global experiences meet unparalleled client service. He is an industry leader in creating destination packages with an international view, and access, to the world’s most sought after and iconic travel, sports and entertainment lifestyle events.

He founded DowEvents International in 1996, which quickly established itself as a highly sought after corporate hospitality service at The Masters, in Augusta, Georgia.

The inaugural event was launched with the notion to offer unique VIP access with a high level of client and guest services as the tent-pole strategy of the firm. Six years later, he created and launched The Championship Club, a private, top-shelf hospitality hub, a whisper away from the Georgia Pines at Amen Corner, and the center point for DowEvents International’s annual client event.

In 2016, Don launched Montrachay.com, a service brand offering an unparalleled collection of seamless, inclusive experiences, curated to provide unique access to an elite global community, and available through consignment to non-profit and cause related organizations that share a desire to improve the world and its communities. Montrachay destinations include the Bountiful Wines of Bordeaux, The Champaign Cradle of Reims, A Posh London Christmas, The Masters in Augusta, Georgia, CMA Fest in Nashville, and many more.

Don’s passion for the sports and entertainment event business emerged after a highly successful football career at the University of Washington where he played in four consecutive post-season bowl games, and was selected by the Seattle Seahawks in the NFL’s 1983 Draft, eventually landing as a member of the 1985 San Francisco 49ers Super Bowl XIX Championship team. When an injury ended his playing career, the sports and entertainment world opened the doors for his vision to build a legacy business in the world that framed his passion.

His initial sports marketing efforts included stints with the Seattle Host Committee, bringing the 1984 and 1989 NCAA Final Four basketball tournaments and 1987 NBA All-Star Game to the Emerald City. He also served in leadership roles as the International Head of Sales for the 1990 Goodwill Games, and as the President of Alistar Sports, Inc., where he produced the 1990 Moscow International Marathon in Russia, including its intellectual property rights, revenue and international broadcast rights with ESPN.

Don lives and works in greater Seattle, with an inspired view of Mount Rainier from Bainbridge Island. He is an avid cyclist, wine collector, UW Husky Football fan, and of course enjoys the skill of a great chef whenever possible. 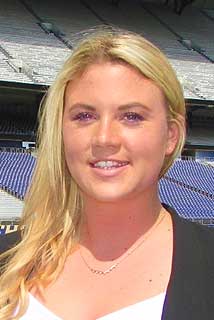 Director of Event Development and Operations

Noelani Garing joined DowEvents in 2016 bringing a passion for sports and events. She has an extensive background in events at the University of Washington as a key member of their Football Operations Team. This included Gameday VIP hosting, Recruiting, Bowl Game planning and execution, and trip director for the Husky Winter Sport Team. She worked in London on various events including the launch party for NOW Magazine.

A University of Washington graduate, she’s operationally focused with her goal to provide the most seamless experience for clients. With a fast-paced attitude and emphasis on effective communication, organization and attention to detail she excels at executing quality events.

At DowEvents, she concentrates on customer interaction and operational planning in all facets of our events. In addition, Noelani plays a large part in the expansion of our Charity Fundraising Platform; Montrachay.com.

Growing up in Sun Valley, she is a snowboarder, adventurous traveler, and a huge sports fan. 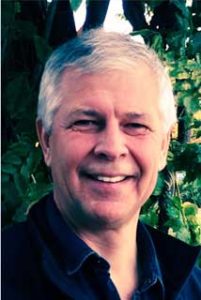 Colin has worked with DowEvents since 2007. As our Director of Operations at the 2010 Olympic Winter Games in Vancouver, he organized and oversaw all operational aspects including a transportation group of 25 vehicles and drivers. He was instrumental in our acquisition of 100+ hotel rooms at the Games and building the relationships necessary within the community for our success. Colin continued to be not only an important operational force for DowEvents in Rio De Janeiro at the recent World Cup, but in the organization and execution of many diverse events both in Canada and the US. He was an important part of our efforts in the previous Summer Olympic Games in Rio and key to the growth of DowEvents Canada.

Colin previously held senior positions in the RCMP during a 27-year career highlighted by VIP Protection of Royalty and Heads of State. He lives in Vancouver, B.C. with his family. 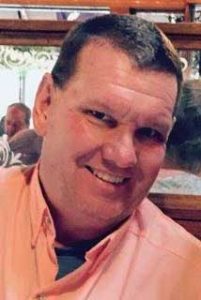 John has been involved with DowEvents Augusta and the Championship Club since 2001 working throughout several client services capacities to ensure a successful and memorable outing amongst the Augusta pines. He continues to be a major contributor in all amenities and services offered by DowEvents at The Championship Club, welcoming guests to the most historic and spectacular event in golf. He enjoys the challenge of delivering special requests and exceptional service our clients continue to experience in our 25th year at the Masters Tournament. John counts many of our guests as friends.

John is attending Augusta State University in pursuit of a BS in Business Administration and has worked for TTX company SRD/NA for the past 35 years.

He calls North Augusta home where he lives with his wife Julie and is an avid Georgia Bulldog fan. “The DowEvents Team is more than a hospitality service it is a Family.”